FJP At A Glance

Click here to download a one page overview of the focus, goals, and activities of Fair and Just Prosecution.

A bipartisan group of over 100 respected leaders in prosecution and law enforcement sent a letter to President Joe Biden urging him to establish a Presidential Task Force on 21st Century Prosecution that would catalyze innovation in the criminal legal system nationwide and chart a path to greater justice and equity in all communities. The letter coincided with the release of Fair and Just Prosecution’s new white paper, “The Case for a Presidential Task Force on 21st Century Prosecution,” which outlines why this effort is urgent for ending mass incarceration and fortifying trust in our justice system.
For more, read the letter, white paper, and release.

“There has been little to no focus on the role of local prosecutors and how to support the efforts of innovative leaders at a presidentially-supported national level. This long-overdue vehicle to propel change and promote data-driven thinking among prosecutors…can have a lasting impact on the future of our justice system.”

Blueprint for Police Accountability and Reform

To create a system of justice that lives up to its name, we can no longer tinker around the edges. We require structural change that fundamentally reimagines the role of police and prosecutors and shift resources away from punitive criminal justice responses that have fueled mass incarceration, and instead invest in communities and services that promote both public safety and wellbeing and enable everyone to thrive. With this in mind, Fair and Just Prosecution’s Blueprint for Police Accountability and Reform outlines concrete policy recommendations that elected officials, chief prosecutors, law enforcement heads, and other leaders must embrace to address police misconduct and racial injustice.

“Combatting the racism interwoven throughout our nation’s justice system demands the immediate adoption of concrete and systemic reforms that will reset our priorities and our justice system.”

“The obligation of every prosecutor is to pursue justice, an obligation that cannot be met if the public lacks confidence in the integrity of criminal convictions.”
– St. Louis County, MO Prosecuting Attorney Wesley Bell

On April 2, FJP Director of Innovations and Site Learning Liz Komar testified before the U.S Commission on Civil Rights’ Connecticut State Advisory Committee on the prevalence of racial disparities in the justice system and how prosecutors can use data science and diversion to improve equity and public safety outcomes. Read the testimony here.

“In the realm of prosecutorial reform, the interests of safety and equity align. FJP works with a new wave of prosecutors who recognize that starting point and are modeling how safety is furthered by — and never needs to be at the expense of — justice and fairness.”
– FJP DIRECTOR OF INNOVATIONS AND SITE LEARNING LIZ KOMAR

FJP issued a statement supporting 9th Judicial Circuit (Orlando, FL) State Attorney Aramis Ayala’s prerogative as an elected prosecutor to exercise her prosecutorial discretion to determine whether or not to pursue a given punishment, including with the death penalty. 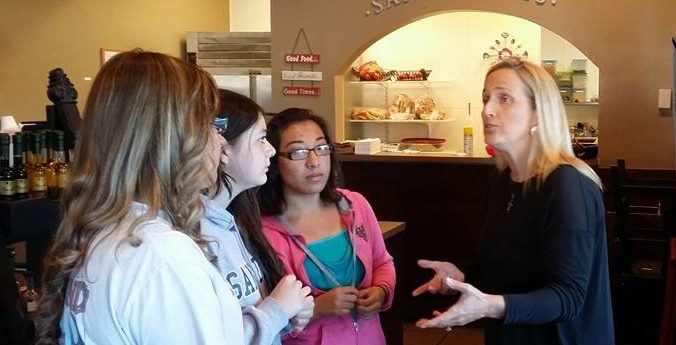 “Our justice system isn’t suffering from sentences that are too short, but rather from inequities that have resulted in a loss of confidence and trust among communities most impacted by crime.”
– King County (Seattle, WA) Prosecuting Attorney Dan Satterberg

Amicus Brief on the Need for Bail Reform

Nearly 70 current and former elected prosecutors — including 16 current elected DAs and AGs and officials from over 30 states — filed a brief supporting litigation challenging cash bail practices in Harris County, Texas and arguing that detaining poor misdemeanor defendants pending trial, solely due to an inability to post bail, erodes community trust and does not further public safety. Read the press release here and the brief here.

“A new generation of prosecutive leaders … is increasingly speaking out regarding the need for a justice system that doesn’t treat individuals differently based on economic status.”
– Miriam Krinsky, FJP Executive Director

More than 40 current and former elected prosecutors and criminal justice officials filed an amicus brief in support of 9th Judicial Circuit (Orlando, FL) State Attorney Aramis Ayala’s exercise of prosecutorial discretion in deciding whether or not to seek the death penalty. Read the press release here and the Amicus Brief here.

This FJP compendium offers guiding principles for implementing alternatives to incarceration and developing diversion programs. The brief lists a sampling of programs currently in use across the country. When tailored to a jurisdiction’s unique needs, these programs can reduce criminal justice costs, limit unnecessary individual contacts with the justice system, and reduce the potentially harmful long-term consequences of such contacts, while also enhancing public safety.

Moving Away from Punitive Practices and Toward Restorative Justice

Prosecutors have the power to heal communities by embracing restorative justice, which balances accountability, compassion and equity. In this New York Law School Law Review article, FJP’s Miriam Krinsky and Taylor Phares explore the promise of restorative justice approaches—including facilitated conversations between harmed and responsible parties—as an alternative to the justice system and an effective way for prosecutors to deliver what carceral approaches often fail to accomplish: healing of victims, a deepened sense of personal accountability, and stronger bonds of trust with communities.

“The job of a district attorney… [is] more than simply punishing people who commit crimes. It requires engaging with communities to determine what safety and justice mean for them, identifying the most effective ways to hold accountable those who do harm, giving victims a sense of justice and healing, and promoting strong, healthy communities.”
– Kings County (Brooklyn), Ny District Attorney Eric Gonzalez

“There is a perception that we are not here to help, we are only concerned with convictions or our win-loss record. The reality is much different. We don’t want defendants, because we know with each defendant comes a new victim, someone who has been harmed. It is imperative we intervene and work to prevent crime before it happens.”