FJP’s Summer Fellows Program places rising 2Ls and 3Ls in summer internship positions in the offices of some of the most inspiring elected prosecutors in the country.

Summer Fellows, who will be part of a diverse cohort of accomplished law students interested in transforming the criminal legal system, will have a unique opportunity to receive hands-on experience working on criminal cases and other assignments typical of internships in prosecutor’s offices, while also undertaking a policy reform project on an issue of interest to that office. Participating students, who may apply to receive a modest summer stipend, will benefit from access to the resources, network, and activities of FJP, including engagement with leading thinkers and advocates nationwide. For more information on the program and details on how to apply, click here.

FJP strongly values diversity, and students of all backgrounds are encouraged to apply, especially those with direct experience with the criminal legal system.

FJP Summer Fellows will participate in a variety of activities during their placements, such as assisting with intake and trial preparation, sitting in on witness interviews, assisting with discovery and filings, conducting legal research and writing, and conferencing with supervisors on cases, depending on the needs of the office. Eligible students in certain offices may argue motions in court and handle evidentiary hearings.

Summer Fellows will regularly engage with one another and with elected leaders in the FJP network to discuss critical issues relevant to transforming the criminal legal system, and will also undertake a policy reform project during the summer (which they may continue into the fall term, possibly for credit on an independent-study basis and with FJP’s guidance).

“I entered the fellowship skeptical of the impact a progressive prosecutor could have in reforming the criminal justice system and convinced that prosecution was not for me. I ended the fellowship a progressive prosecution convert.”
— Anthony Curry, Texas Southern University Thurgood Marshall School of Law, Class of 2021
2020 Summer Fellow, Philadelphia District Attorney’s Office

FJP is pleased to continue and grow an additional component of the Summer Fellows Program: the District Attorney/Public Defender Summer Split. A small group of highly committed Fellows will have the opportunity to split their summers between a DA’s and a PD’s office in different jurisdictions, gaining invaluable experience working with advocates on both sides and identifying areas where these offices can come together to better serve those who come into contact with the criminal legal system. We also have opportunities for splits with advocacy organizations. Participating Fellows will develop a policy reform project on a topic of importance to both offices in which they work.

While we hope office placements will be in-person, remote opportunities will be available if required due to public health concerns.

Participating offices may include:

Speaking Out – Experiences of Former Fellows

Bringing My Whole Self to a Prosecutor’s Office

As an FJP Summer Fellow working for Suffolk County District Attorney Rachael Rollins – the first Black woman to be elected district attorney in Massachusetts – Boston University School of Law student Monica Naranjo learned that underrepresented voices like hers are urgently needed in the field of prosecution. She reflects on how prosecutors’ offices benefit from a diversity of backgrounds and experiences and discusses why lawyers seeking to address injustices in the criminal legal system should look to prosecution.

“When over half of the jail and prison population is Black and Latinx men, the lack of diversity in a prosecutorial office translates into a lack of understanding of the life experiences of those who end up behind bars.” 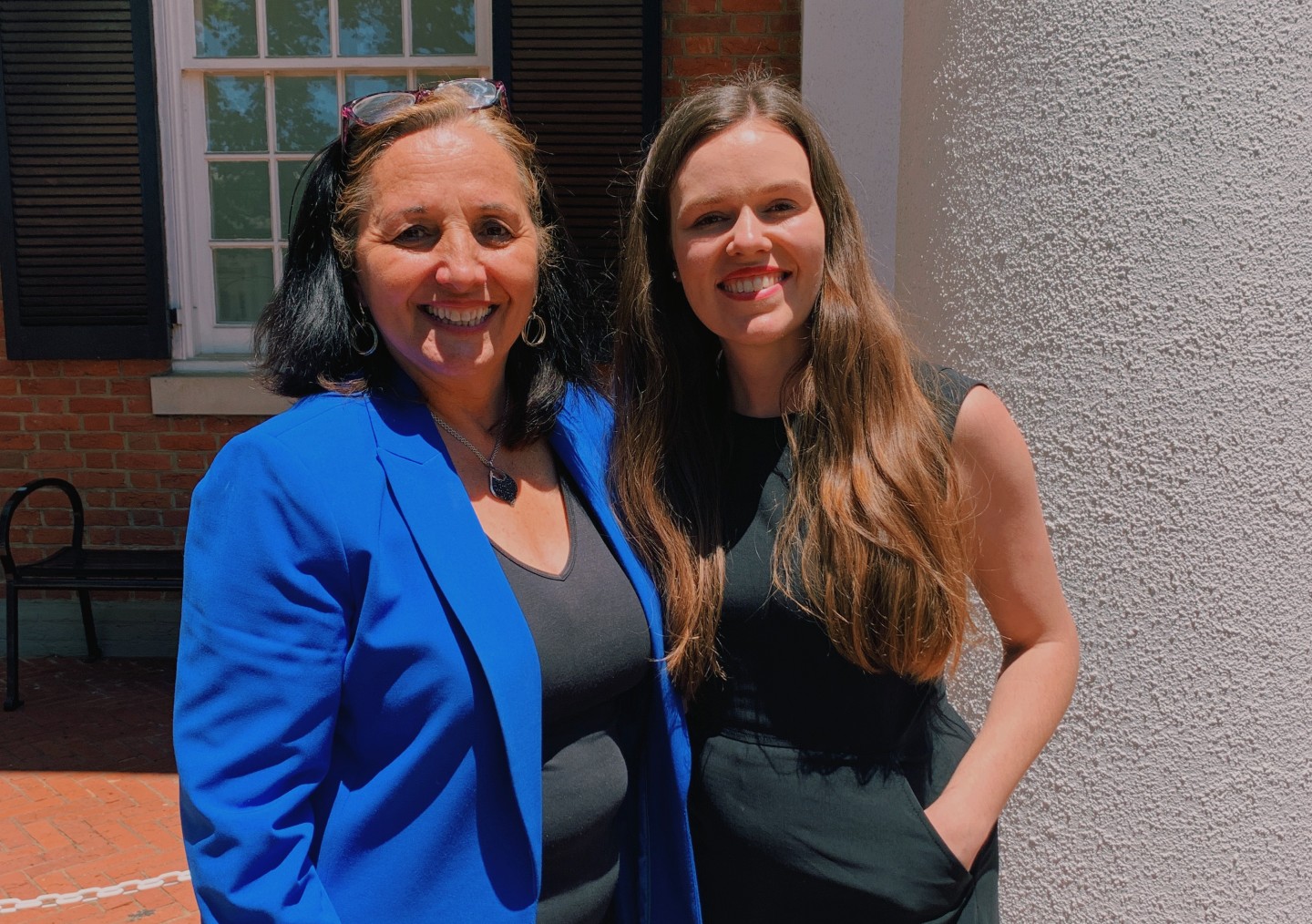 2021 FJP Summer Fellow and Georgetown Law student Victoria Sheber spent her summer working with Loudoun County, VA Commonwealth’s Attorney Buta Biberaj and Los Angeles County District Attorney George Gascón. Read her reflection on the impact these reform-minded prosecutors are having in their communities and the power students and summer fellows have, as well, to make a difference.

“When I began my summer, I thought my FJP experience would show me the secret to becoming a reform-minded prosecutor…. I realize now that elected prosecutors are ordinary people with an extraordinary vision.”

The Unseen Accomplishments of a Reform-Minded Prosecutor’s Office

FJP Summer Fellow and Stanford Law School student Anthony Hernandez reflects on his experience working with Washtenaw County Prosecuting Attorney Eli Savit, discusses the positive impact the office is having on the community, and highlights why we need to lift up the humanity behind the policies enacted by reform-minded prosecutors so that these approaches can be recognized and replicated.

Working with the “Most Unlikely DA in America” Gave Me Hope

Amid the pandemic and fight for racial justice, UCLA School of Law student Kevin Shang was looking for a leader he could believe in, and he found one in Corpus Christi, TX, while working as an FJP Summer Fellow for Nueces County District Attorney Mark Gonzalez, whom Politico described as the “most unlikely DA in America.” Read Kevin’s reflection on his experience and the impact that his extraordinary summer as an FJP Fellow had on him.

“Driving to Texas, I was filled with fear and despair. A few months later when I drove home to Los Angeles, I was filled with hope. I had hope because a tatted-up-Mexican-biker-defense attorney wanted to help those around him and managed to get elected as DA in Nueces County, TX…. I had hope because if the people of Nueces County can work together to make change possible, I know the people of the United States can do the same.”

“Each day while working in the office and connecting with FJP through our weekly calls, I had to become more aware of and check my own biases and assumptions about how the law does or should work. I learned to think more critically, to work in a collaborative function, and to realize and accept that no one has all the right answers, but when we work together collectively, we can help to ensure that our society becomes more just.”

– Omoyele Okunola, Georgetown University Law Center, Class of 2023
2021 Summer Fellow, Office of the Attorney General for the District of Columbia

“As someone already interested in criminal prosecution, it was extremely important to me to learn the ins and outs of this career in an environment that truly has fairness and justice at heart. FJP provided a welcome calibration to the types of discussions prosecutors should be having as they make life-changing decisions. I now feel much more prepared to not only go into criminal prosecution, but lead discussion on change in non-progressive offices. This community of like-minded individuals has given me confidence and support in my convictions, and I am truly excited to see what positive impact I can have on the criminal justice system.”

“The time for change is now. I really enjoyed engaging in difficult conversations and witnessing a shift in our criminal justice program in real time.”
— Bridget Warlea, Howard University School of Law, Class of 2023
2021 Summer Fellow, Philadelphia District Attorney’s Office

“FJP provides the rare opportunity to evaluate the criminal justice system for yourself and to see, in real time, the merits and limitations of a… movement that is trying to fundamentally reimagine the role of the prosecutor.”
— Ana Ribadeneira, Stanford Law School, Class of 2023
2021 Summer Fellow, San Francisco District Attorney’s Office

“The FJP Network has inspired me tremendously to pursue a career in an office that is aiming to redefine what it means to be a prosecutor. As a woman of color, I firmly believe that equality and justice will not exist in a system where the concentration of power in our country includes only one demographic group. Throughout the nation, prosecutorial roles are traditionally and overwhelmingly dominated by white men, where women of color are underrepresented. The average prosecutor does not look or think like me and for this very reason I would recommend this fellowship program to anyone who is interested in criminal justice reform, whether prosecution or defense, because in order to transform our justice system, we need reform minded and passionate folks on both sides.”

“I learned a great deal about how the office operated and, thanks to the FJP Fellowship in particular, I felt that I got to see the role of an intern and a more ‘behind the scenes’ look at the policy work in which the office was engaged.”

“Throughout my summer I saw firsthand the challenges and opportunities that come with leading progressive change through a prosecutor's office. But more importantly, I was able to see that such change is indeed possible, and unless we have bold leaders pushing the envelope for what is possible, we as a society won't be able to genuinely reimagine and rebuild our criminal legal system.”

“By working in the Nueces County District Attorney’s office, I was able to see with my own two eyes that not only are there individuals fighting for change and justice, but that that fight can be won.”

“The FJP Fellows Program has provided immense value to my office and it has been a privilege to participate. It’s exciting to work with and learn from the next generation of lawyers and to show them how we are bringing change to the criminal justice system in Nueces County, TX. I’d recommend this opportunity to any law student invested in justice and fairness who wants to see firsthand how the role of a prosecutor is being redefined in offices across the country.”